From Feedback to Finished 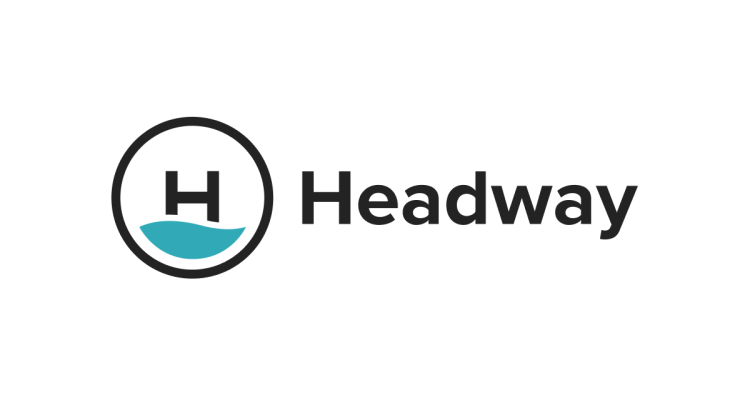 If there was one word to describe Headway’s experience of working with their clients to provide feedback, this was it.

Clients were confused. Team members were confused. And all of this confusion led to frustration for everyone, not to mention slow projects and a lack of timely execution.

And since Headway had no time to pump the breaks to gather feedback from various sources and channels, they knew there had to be a better way.

A better way to gather feedback. A better way to restore and reinforce positive team and client relationships. A way that would replace confusion with clarity and frustration with focus when it comes to the giving and receiving client feedback on projects in real time, in a really efficient way.

Headway is an agency and consultancy with a focus on building successful software businesses through product strategy, design and development.

The 27-person company based in Green Bay, Wisc., works with startups to help them validate ideas, design, build, launch and grow. It also works with corporations that want to innovate through software, discover new market opportunities, and create a digital-first mindset.

So, one thing is clear: When you are working with fast-paced startups to make sure they build the right products for the right customers, there’s no time for confusion mid-project.

We gathered a few team members to walk us through how Punchlist was able to solve a multitude of problems while providing a better way to get to finished faster, without the silly questions that often ensue in the middle of projects.

So, what happened next?

Similar to a lot of companies and teams, clunky processes and feedback loops plagued Headway and its clients with a mix-and-match clutter of emails, PDFs, screenshots and more. It was enough to make their collective heads spin, and all but stop projects along the way.

Gathering all the feedback in one location was an enormous task, often filled with back-and-forth Slack, emails, texts and conversation. And that was just one piece. Gathering all the information without missing any vitals details, comments, suggestion or feedback was another. Especially if or when the feedback contradicted each other.

And their responses? Well, they may just surprise you.

How did you typically gather feedback before Punchlist?

Breanna’s response is a familiar one. “Previously, I would take screenshots and drop them in a shared document with my comments,” she said.

Matt chimed in: “On one particular project, the team was just using email along with Word documents and screenshots to provide feedback.”

Designer Sam mentioned “grabbing full-page screenshots and bringing them into Figma or creating lists in task cards within Asana,” a loathsome task all too familiar for the designers in the group.

Jon Kinney, Partner & CTO, chimed in next. He noted he spent time creating cards in project management tools like Jira, Github issues, Pivotal Tracker, Asana, etc, while Jake, a Headway developer, wishes he could use those tools.

Instead, “our clients would often create Google sheets or just filter feedback in Slack,” Jake said. “It was always a lot of overhead.”

Partner & CEO Andrew felt the pain of requesting feedback in one way, but receiving it in another.

“We would request feedback in our design tools,” he said, “but they were always out of date with the current copy and images, so it was confusing. We'd also get it in Notion or other word docs, but felt disconnected.”

Confusion. Disconnection. Not exactly the experience Headway wanted for their team or their clients.

Thankfully, this wasn’t the end of the story.

When we first connected with the Headway team, they were quick to share how frustrating their current feedback progress was, but weren’t sure how much Punchlist’s tool could actually help solve their feedback problem.

Yet, some time after implementing the Punchlist as part of its feedback process with clients, the team had a lot to say about what had changed, and the improvements both they—and their clients—both saw and felt.

What do you like most about being able to use Punchlist?

"As a designer working with our development team, it was great to be able to leave pinpointed comments on specific features and each unique screen size during our internal QA process to ensure accuracy to the design. In addition, we shared this with our client and they were able to go through the same process."

"I like having one place to collect feedback from product owners, design, and development. With the process we were using prior to using Punchlist there was no way of telling if feedback left was current or if you had missed a comment along the way. Punchlist allowed everyone to stay on the same page with the latest feedback, which cut down on the confusion and need for messaging back and forth.

Being able to see feedback on the site also minimizes the confusion about where changes need to be made as you can see the change request directly on the page. In addition, having a checklist of items that you can mark complete helps the whole team be more confident in the thoroughness."

What do you like most about being able to use Punchlist?

...and they resoundingly say Punchlist has far and away exceeded their expectations.

In the end, if a tool doesn’t help you solve your team’s and client’s communication, clarity and feedback issues, then it’s simply another pain point to add to a long list of headaches.

However, Headway’s clients quickly adapted to the fast, efficient feedback tool – and the results?

Well, they speak for themselves.

Breanna shares that the client immediately loved Punchlist. In particular, her client felt it was much more streamlined than their previous processes. In fact, collaborating with the client was incredibly easier during the build cycle, as Punchlist ensured that all of their feedback was not only organized, but fully incorporated. This was a huge win for Headway and Breanna’s ability to build a relationship—and trust—with the client.

While there are no magic bullets when it comes to getting clients to give and receive feedback in a manner that helps them help you, Headway’s case study proves that timely and clear feedback using Punchlist erases confusion, increases collaboration and solidifies clarity — all so you, your team, and your client can get to “finished” faster.

And when there’s a clear, obstacle-free way that removes confusion to get to that finished line together? Headway and its clients are all the clear winners.

Product
FeaturesPricingCustomersChangelog
Support
Docs & Support CenterChat with us LiveContact Us
Resources
ArticlesDocsCulture
Monthly Newsletter
Be the first to know about new app features and exclusive tips.
Thank you! Your submission has been received!
Oops! Something went wrong while submitting the form.
Copyright © 2023 Punchlist Labs, Inc.
Made with  in Atlanta, Durham, and Pittsburgh.